Brand New SEnuke, the Most Epic Release Ever!

Enter your email below for early launch details and special offers! 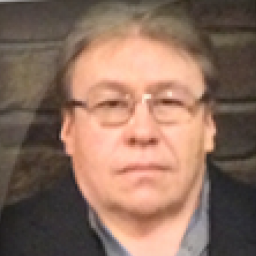 Ok, here’s the first bit of details on the upcoming release of the brand new SEnuke.

I cant give you everything, we have to keep many things on the down low for now because of Nuke copycats mainly.  Heck, were not even releasing the amazingly cool new name yet!

Our elite team of Nuke developers have been quietly working on this for almost 18 months which should give you some idea the size of this project.

This isn’t just a version update like the last few previous releases. This is a totally brand  new SEnuke, built on an entirely new platform. It’s brand new tech for Nuke and it allows us to do many new things we previously couldn’t do.

I’m not going to give you the run down on each individual new feature at this point but heres what I can tell you right now.

This new SEnuke will bring you faster more stable, more effective campaigns that are even easier to set up than ANY previous SEnuke.

It will also adapt to new strategy SUPER FAST….

Currently, when we discover something new in SEO thats effective, it takes us months before we can offer it to you.  We’ve always wanted a better way to ensure that SEnuke users always have the latest strategies fast and now we have it.

Instead of taking months to add, you’ll be using the latest strategies before you can say “Damn, I wish that was in nuke right now”.

SEnuke will be the ONLY software of its kind that will have the ability to adapt to new strategies almost instantly, this means you will have always have the upper hand and be one step ahead of everyone else.  Only nuke can give you this, any Nuke copycats and competitors can now be considered  permanently outdated!

Updates will be seamless, we can also now update the site lists on the fly. At the moment it requires an entire new build of SEnuke to be made, even to add just one new site to the list. Then users have to download and install that update but not anymore!

Something else we are now able to do because of the new tech is integrate some of SEnukes features into our new affiliate marketing training and software platform Kboovo.  I wasn’t able to release this info sooner but I did hint to it when I mentioned “Nuke Ready” websites.

Once integrated, you will be able to choose from and run exclusive Kboovo ONLY SEnuke campaign templates on Nuke Ready” sites created with Kboovo.  You won’t have all of Nukes amazing new features but if you do anything with affiliate marketing, no one else can offer you this much power and convenience.

We are also bringing some of Kboovo’s  features into SEnuke including research & SEO. It wont be a full integration but there are some features of Kboovo that will greatly benefit Nuke users even if you’re not involved with affiliate marketing.

Where are we going with this?

By owning both software platforms you can implement almost any money making strategy or method available and see faster results.  You can even start, run and manage any kind of business that deals with websites and SEO.

This is just the beginning of what we have planned but let’s just say that between planned development of both platforms, all your marketing needs will be covered.

As we move closer to this brand new SEnuke release I’ll be sharing more details, screenshots, videos etc of the brand new Nuke AND the new features that are going to rank your websites easier & faster than ever before. If your an SEnuke member already you’ll get all the notifications.

If you’re not an SEnuke member and want to be the first to get all the details, special offers & incentives enter your details at the top of the page.  You could even win free access to the brand new SEnuke!

P.S.  Share the news about this, it will get you lots of attention and some traffic too!   The buttons are right below.

Please log in again. The login page will open in a new tab. After logging in you can close it and return to this page.